The war in the Ukraine as a lesson in leadership

We are currently in times of rapidly accelerating global crises which are profoundly affecting our ability to sustain ourselves economically, to maintain the quality of our health services and to reverse our recent destructive impact on the planet. The new and violent war in the Ukraine can be seen as an escalation in every one of these domains. It is of paramount importance that we keep learning from our self-inflicted crises and begin reversing the patterns of destruction. In this article I argue that one area where we can undertake vital learnings is the area of leadership. Leadership has often been called the most pervasive and important problem in human affairs. With good leadership, nations prosper and behave better towards their neighbours. I take the opportunity here to draw some basic management lessons from the leadership in this war, that has been well-reported.

This brief report is an application of my earlier research on criteria for good leadership and the predictors of a leader’s journey, including the importance of dealing with one’s own and other people’s leadership shadows (De Haan, 2016).

Large organisations such as the NHS can still learn more from well-functioning democracies, in order to bring out and implement the very best leadership within the organisation. Suggestions for leaders at all levels in healthcare and beyond follow from a simple thought experiment: “what would we do now if this were a democracy?”

One prominent feature of the war which currently takes place in Ukraine is the degree to which it appears to be a conflict between ‘good’ and ‘evil’, especially on the leadership level. On the one side, we see an isolated leader with totalitarian control of his country, not allowing any dissent or even information to percolate through to the masses in ‘his’ country – a leader who seems to be riddled with fear, needing total control, and lacking a positive vision of the future. On the other side, we see a leader who appears open and direct, personable, fiercely democratic, and setting an example for us all with decisiveness, openness to dialogue, and selfless compassion for the afflicted.

Part of this split into ‘good’ and ‘evil’ is to do with the partisan projections that leaders naturally attract, but even if we take those into account, I believe the differences in the implementation of leadership are stark in this conflict.

I have been studying leadership over many years, including studying differences between ‘good’ and ‘bad’ leadership, and more particularly differences between ‘good’ and ‘successful’ leadership. Both these leaders are obviously successful, but their impact and style could not be any different, and the amount of ‘goodness’ that they bring is often contrasted. We see the same differences playing out in today’s large organisations. There are many successful leaders who lead empires with up to a million employees, but the amount of ‘goodness’ that they bring is often debated. We know from reliable estimates that less than 50% of leaders would get the predicate ‘good enough’ from within their organisation, provided free polls are taken which is not always straightforward (Hogan, Kaiser, Sherman & Harms, 2021; Chénard-Poirier, Morin, Boudrias & Gillet, 2022).

Most of the larger institutions in today’s world are essentially non-democratic, as leaders are not elected. I think this is partly what is causing some of the unpopularity of our organisations’ leaders.

So, before going into good versus evil, what is good leadership and what is successful leadership, and how are they different?

Successful leadership is easiest to define and recognise. It is the influence or rank of the position that a leader has achieved. The higher the position the more leadership they can exert. Leaders in larger institutions generally become more successful as they can convince the layer above them to take them on, i.e., to promote or elect them for a vacancy. The president of Russia is a straightforward example of this kind of success, as he essentially owes his position to one man and one man only: Boris Yeltsin, who promoted him and then made him into the ‘succession plan’ for his own job. In a democratic country or organisation, one has to convince a great many more people to obtain similar success.

I think just as we instinctively know who has higher morals in the Ukrainian war, and we can back this intuition up with arguments and facts, so we also know how to recognise good leadership. My own research (as summarised in De Haan, 2016) has led me to think that good leadership consists mostly of organising upwards feedback, i.e., taking as many views as possible on board so that the organisation can make use of the ‘wisdom of crowds’ (Surowiecki, 2005). Good leaders are able to facilitate a dynamic ebb and flow of such information, feedback, and feelings of motivation. They welcome varying views including dissident and critical voices, which they summarise into a broadly shared sense of direction, which in turn helps to give meaning and purpose to the work of the team. We can see this process work in all implementations of leadership, including during wars and stressful transitions.

In summary, I believe in the science of work and organisations, we still have a lot to learn from free democracies. We can see that the political world is shaping up increasingly as a rivalry between free democracies and exceedingly controlling autocracies. Yet what is less reflected upon is that we see the same conflict very much playing out in the leadership of large organisations too. Effective leaders do need to take the ‘dressing room’ with them and understand the various views. Authoritarian leaders can afford not to do that, but only to the detriment of their team.

Here are a few of my more specific learnings from the horrendous ordeal we have seen playing out in Ukraine:

Campbell, D.T. (1956). Leadership and its effects upon the group. Columbus: Ohio State University. 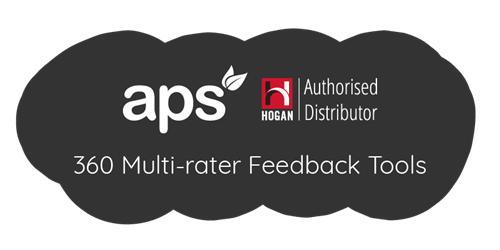